The toughest conditions dominate in open-cast mining. People and massive equipment quarry important raw materials from the earth under conditions of dirt, adverse weather and heavy vibrations. Friction-free communication and safety for both workers and machines must therefore be guaranteed, and without errors. 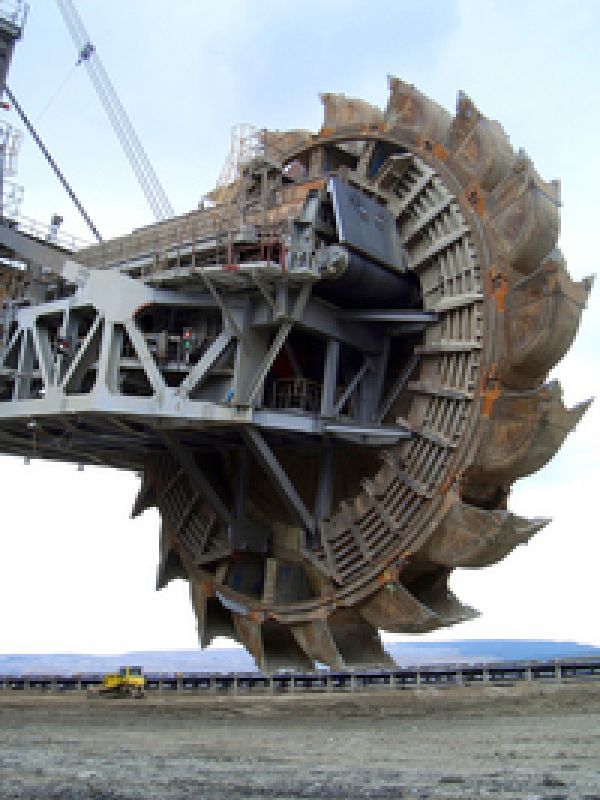 WERMA together with RWE has developed solutions
WERMA Signaltechnik has developed special signal devices for RWE that comply with the highest demands for open-cast mining. As one of the market leaders for acoustic and optical signal devices, WERMA are experts for high quality products. With rapid, dynamic development processes the company created optimal solutions for the largest open-cast mine in Europe, the Hambach brown coal region in Germany.

LED permanent/blink/rotating beacon 829 - extra tough – signalling for the world's largest crawler excavator
Thanks to LED technology this beacon solves two problems simultaneously. LEDs with 50,000 hours light ten times longer than conventional incandescent bulbs, and at the same time even major vibrations have next to no effect on light emitting diodes. With its robust, lightweight housing of polycarbonate and PC/ABS blend the device is both temperature-resistant, highly UV-resistant and colour-fast from minus 30 to plus 50 degrees. Extra casting compound in the housing base and stabilised PC boards further protect the device from the strong vibrations of open-cast mining.

LED traffic light 890 reliably defies dirt and water
The energy provider company switched from halogen to LED traffic lights with the 890 traffic lights from WERMA Signaltechnik. For open-cast mining applications the signal technology manufacturer additionally strengthened the housing and stabilised the PC boards. And here as well the vibration-resistant, long-life and bright LED technology really convinces, as shaking and rattling of the machines and conveyors has no effect on the robust LEDs. "Since using WERMA LED traffic lights we don't have any failures anymore," the supervising RWE electrical technician was pleased to say.

LED rotating beacon 280 warns against swinging-out excavator arm
WERMA has developed a further beacon version for RWE that is suitable for open-cast mining. Employees levelling with caterpillar machines around crawler excavators must always know in which direction the crawler is moving. This is signalled by the red and green colours of the rotating beacons 280.
RWE replaced its signal devices used until now that failed so often with WERMA LED beacons in order to take advantage of the factor of freedom from maintenance. WERMA fixed the new beacons with a supplementary PC board ring, thus ensuring that the inner electronics can reliably withstand shaking and vibration.