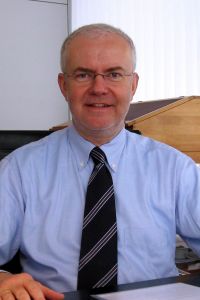 For 23 years Kirn played an important role in shaping WERMA. Since 1986 company turnover has increased from 2 to 25 million Euros and the number of employees has risen from 40 to 220. As of April 30th Kirn will enter retirement.

WERMA returns to owner managment
The new CEO Matthias Marquardt is, as a family shareholder and member of the WERMA Advisory Board, intimately familiar with the company. As the son of Erich Marquardt, the former CEO and owner, the company will once again be owner managed.
Marquardt was previously one of the Chief Executives of Marquardt GmbH, a global supplier to the automotive and electrical industry with a group turnover of approx. 500 million and 4,500 employees. Within his role as a Chief Executive he was most recently responsible for the commercial affairs of the entire Marquardt Group.