How can I centrally reflect the most critical states of my production?

As a first step, you should define which devices should be connected to the Head of Line signal tower. You simply add them via the red plus on the right side. 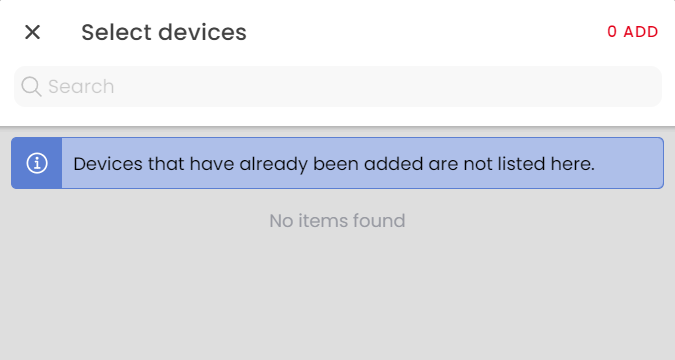 In addition, you can also remove corresponding signal towers from the configuration of your HOL in this view via the trash icon.

As a next step, it is recommended to create light patterns for the Head of Line signal tower. So you have defined the source for the input via the assignment of the devices and now define the output via the light pattern of the HOL. To create the rules, input and output should be already configured.

Over the red plus you add here new light patterns, as you know it already from the article "Creation of the light patterns" and assign these likewise attributes from your categories. Here you have 5 levels of the signal tower at your disposal.

In this area you define the rules by which your HOL should be controlled. By default, it is stored here that if no selected attributes are present the HOL remains off. This follows the idea that the HOL only reflects the most critical attributes or faults. If no disturbance is present, the HOL does not light up.

Of course, the red plus can be used to create other rules that are prioritized. 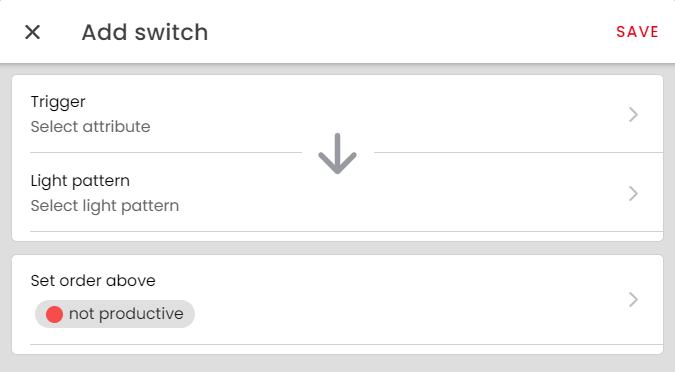 Here you have to define the trigger of a rule and the resulting light pattern of the HOL. Your defined attributes will serve as the triggers.

Once you have selected the attributes, it is a matter of selecting the corresponding light patterns of the HOL. 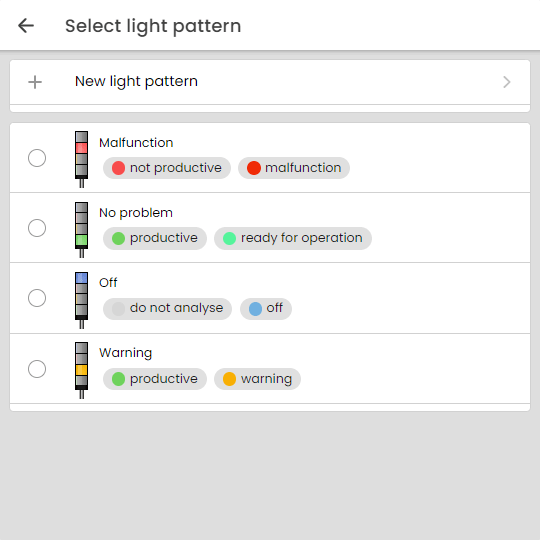 Thus, the trigger and the light pattern for the HOL are defined. Another important part of the prioritized rules is to rank the rule above other existing rules. The HOL always uses the rule that has been ranked highest. If several attributes are present, which address different rules of the HOL, the HOL always uses the rule with the highest priority. If this feature is no longer present, then the rule with the second highest priority is used. If the last prioritized feature is switched off, the signal tower switches back to its default value and goes off.

The prioritization can still be adjusted after configuration.